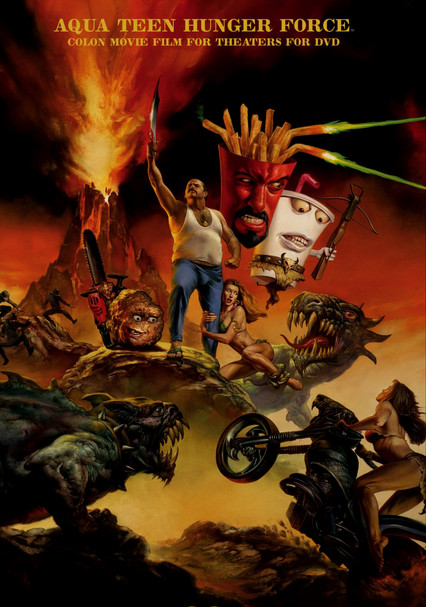 2007 R 1h 26m DVD
Fast-food heroes Master Shake, Frylock and Meatwad make the leap to the big screen in this action saga that explores the genesis of the wisecracking team, which comes together when a relentless exercise apparatus emerges as a threat.

Gratuitous animated violence: Heads explode, bodies are dismembered, CIA agents shoot Abraham Lincoln, a poisoned person disintegrates, a meatball is shot, a cat blows up, a rapping fly is swatted, and so on. All the violence is highlighted by pools of blood.

Potentially offensive images of slaves in a Civil War-based video game and of starving, nearly naked Africans running away from the hunger force. The characters are hardly admirable in general, either; they're known for their immaturity and lack of ethics.

Two characters admit they're high; the entire film seems like a drug trip.