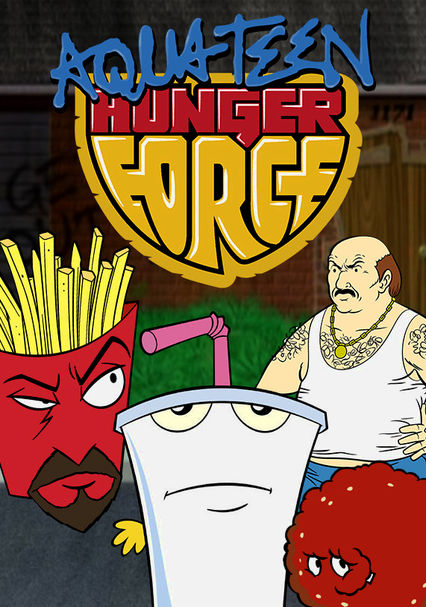 2000 TV-MA 7 seasons
Deep in New Jersey lurks an evil that only smart-mouthed fast-food superheroes Master Shake, Meatwad and Frylock can squelch in this off-the-wall animated series that pits the mismatched trio against monsters, aliens and their neighbor Carl.

This inventive television series features Meatwad, Master Shake and Frylock, crime-thwarting food products who spend their time tearing up their New Jersey town. In this volume, Shake and Carl order a bride, and Frylock tries to win a trivia game.

Master Shake, Frylock and Meatwad get embroiled in one crazy adventure after another as they spend their days solving mysteries while trying to cope with the ups and downs of adolescence. Vol. 3 also includes a ton of extras such as deleted scenes.

Fast-food freaks Master Shake, Frylock and Meatwad continue their wacky adventures in this collection from the popular animated series for teens. In this volume, Carl and Shake battle over a stripper, and all three enter a weight-loss contest.

In this volume, Shake sells out to a mobile phone company, Meatwad works at a car wash, things go awry when Frylock creates a dog named Handbanana and Master Shakes's new nuclear-driven grill is a lot more powerful than expected.

When they're not lounging in their neighbor's pool, Master Shake, Frylock and Meatwad solve mysteries in the neighborhood. Highlights of this volume include new robot tenants in Carl's house and a psychotic ventriloquist dummy.

In this collection of episodes, Master Shake and Meatwad track down the Tooth Fairy, Frylock is commissioned to create a biological weapon, Dr. Wongburger pays a visit, and the gang seeks a fresh start by moving into a new house.

Parents need to know that the members of the Aqua Teen Hunger Force don't really have much contact with water (except for their neighbor's pool), aren't really teens, and are occasionally hungry but rarely exhibit much force. Mostly, they're shown hanging around their house, which looks more like a bombed-out crack den, and getting involved in side schemes that never turn out well. They sling insults at each other, don't hold steady jobs, and apparently live off welfare. And to top it all off, they're junk food personified.

At least one episode involves a hooker, but the Aqua Teens are generally asexual. Their neighbor has pubic lice.

The show's pretty silly, but it highlights how absurdity and randomness can be funny.

The beer a neighbor drinks looks suspiciously like Budweiser.

Beer is featured prominently, although no one on the Hunger Force seems to drink. Drugs and tobacco pop up occasionally.