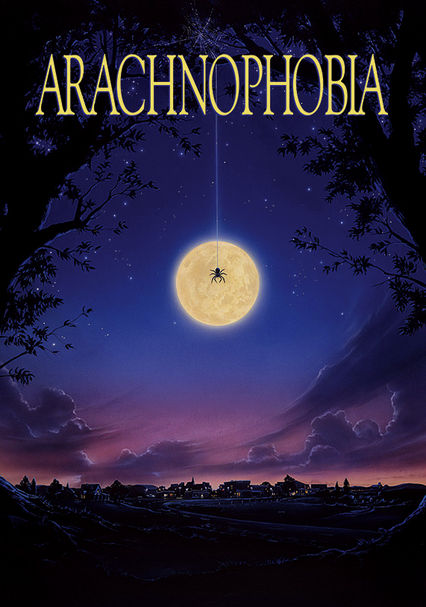 1990 PG-13 1h 49m DVD
When Dr. Ross Jennings moves to a small California town, people mysteriously start dropping dead all around him -- and the killer just might be a rare arachnid imported in a coffin from Venezuela.

Parents need to know that this horror-comedy features spider-bite-seizure deaths of likeable characters, including grandparent-ish types and imperiled house pets, and there is one particularly hideous corpse. Dialogue includes swearing (at the PG-level), and there is some naked female anatomy strategically revealed in a shower sequence. Needless to say, young (and old) viewers with a morbid fear of spiders may find some of the visuals uncomfortable or nightmare-inducing. There is the use of a nail gun as a weapon that may encourage unwise copycat behavior among kids.

No full toplessness, but female flesh as a spider in a shower crawls between a girl's exposed cleavage. Science discussion of the sex organs possessed by the species of spider involved. Suggestion that (married) humans and (unmarried) spiders are about to have sex.

Spider bites, a few in closeup, resulting in seizures and death. A sight of hideously withered human and animal corpses. Spiders are squashed and burned; human victims include a nice old lady and a high school athlete. Climactic incendiaries and explosions, and even a projectile weapon.

Though the superficial message is Dr. Jennings facing his worst phobia and triumphing, some might detect a sub-theme: a sardonic portrayal of "peaceful" small-town USA as more treacherous, small-minded, and mean-spirited than the major metropolitan communities.

Some social drinking. A luxury wine collection in a cellar ends up being key to the climax.