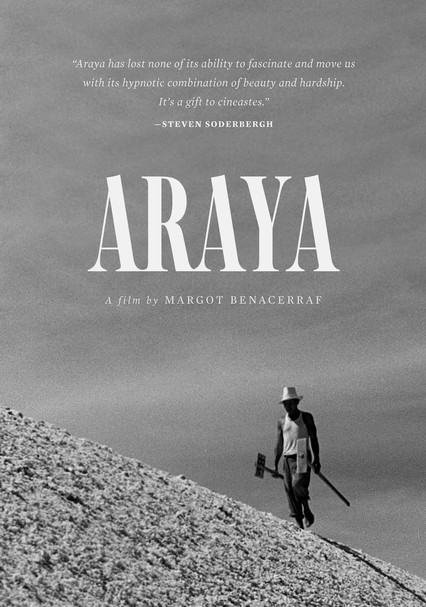 1959 NR 1h 22m DVD
Director Margot Benacerraf offers this acclaimed 1959 film that chronicles the harsh existence of Venezuelan laborers who manually recover salt from the tropical marshes in Araya, an ancient salt-producing region in that country. As Benacerraf documents the harsh daily lives of three families dependent on the salt trade, she also captures the stark, otherworldly beauty of the marshes and the peculiarly lyrical pace of life in Araya.