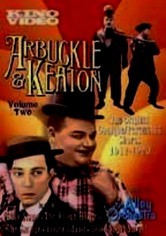 2001 NR 2h 0m DVD
Silent comedy icon Fatty Arbuckle made a great career move when he plucked a performer named Buster Keaton from the world of vaudeville and placed him in his movies, including The Bell Boy and Out West, which are featured in this collection.