Around the World in 80 Days: Special Edition 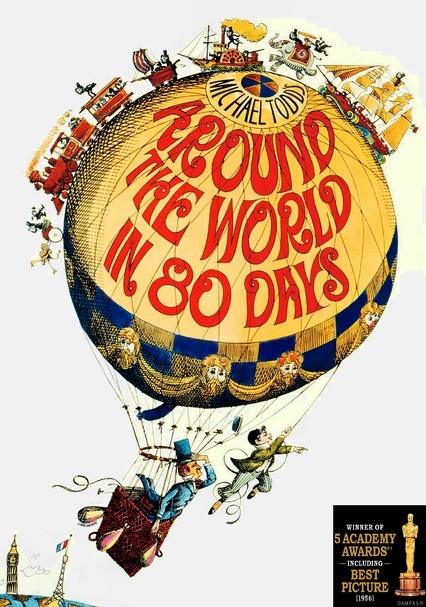 Around the World in 80 Days: Special Edition

1956 G 3h 1m DVD
This Oscar-nominated hit adaptation of Jules Verne's novel recounts the adventures of Englishman Phileas Fogg (David Niven), who takes on a seemingly impossible wager: traveling around the world with his butler, Passepartout (Cantinflas), in 80 days. The whirlwind journey takes the pair on adventures in India, Hong Kong and the United States. The film's star-studded cast includes Charles Boyer, Marlene Dietrich, Buster Keaton and many others.