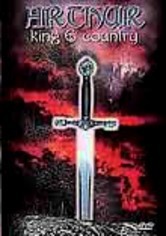 2006 NR 1h 0m DVD
Although scholars have debated for years whether England's King Arthur actually existed, the shadow of his legend looms large in modern discussions about chivalry, fairness and peace. Exploring the characters and locales most closely associated with the elusive monarch, this program visits Arthur's supposed birthplace in Cornwall, his alleged grave in Glastonbury Abbey and the hill in which he and his knights are said to be sleeping.