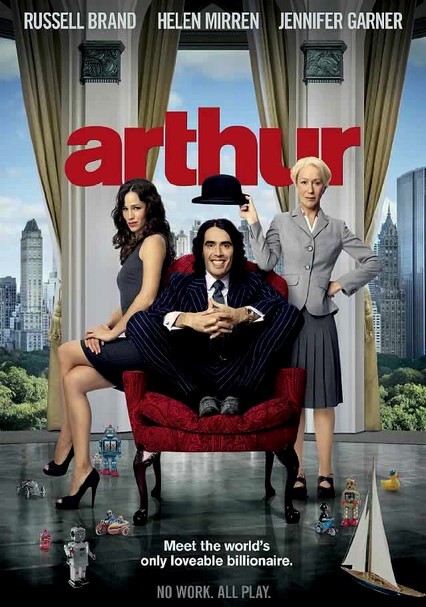 2011 PG-13 1h 50m Blu-ray / DVD
Russell Brand stars in this remake of the comedy classic as Arthur Bach, a philanderer who must decide whether to give up a respectable life and an inheritance of millions for the sake of romance.

Parents need to know that although this remake of the popular '80s comedy is occasionally funny and at times even oddly touching, it's also raunchy and not as memorable as the movie it was based on. Given that the main character, Arthur (Russell Brand), is an often-tipsy millionaire, expect plenty of scenes with him swigging from a bottle, glass, or flask. While there aren't many strongly negative consequences for his drinking, it's not portrayed in a particularly glamorous fashion, either, and he ultimately has to learn how to be comfortable with himself without the booze in order to attain his heart's desire. Expect plenty of sexual innuendo and some lingerie scenes, though no nudity. There's some swearing, too, including "s--t," "bugger," and "bloody."

Lots of innuendo-laden talk. Early in the movie, Arthur is caught in bed with a barely dressed woman. Couples kiss, and one woman shows up at a man's doorstep clad only in lingerie and an overcoat. A woman is shown astride a man (no body parts are shown). A man parades around the city in his knickers; he also strips down to them in a church. Jokes about body parts.

Arthur is manhandled by a woman. He's also threatened with a table saw.

Ultimately the movie's message is that money can't buy you happiness or love, and you can't get true love without growing up and cleaning up your act. That said, Arthur does start out by agreeing to marry a woman he doesn't love (or even like) just so he can keep his inheritance and wildly spend it on frivolous things. And, of course, there's his frequent drinking -- which, while not exactly glamorized, doesn't have particularly harsh consequences, either.

The main character is always soused (champagne, hard liquor, etc.); though he tries to attend an AA meeting at one point, he makes fun of it. He's also shown smoking a hookah.