Artie Lange: It's the Whiskey Talkin' 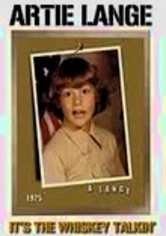 Artie Lange: It's the Whiskey Talkin'

2004 NR 1h 0m DVD
Provocative funnyman Artie Lange -- who does great impersonations of Italians and Southerners -- cracks wise in this appropriately titled one-man show featuring plenty of Lange's trademark brand of humor. Best known for his hilarious stints on "Mad TV" and Howard Stern's radio show, Lange takes razor-sharp aim at overeaters and boozehounds ... but you'll be the one with the comic hangover in the morning!