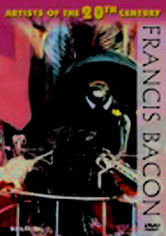 2004 NR 0h 52m DVD
Francis Bacon (1909-92), an English painter born in Ireland, was a self-taught artist. Throughout his career, he expressed satirical, horrifying and hallucinatory images in such works as "Three Studies for Figures at the Base of a Crucifixion." This documentary is part of the "Artists of the 20th Century" series that examines the life and work of major artists of the century.