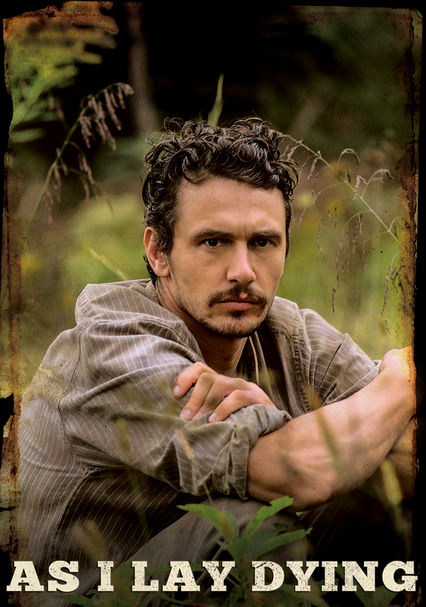 Parents need to know that As I Lay Dying is an adaptation of William Faulkner's great 1930 novel, written, directed by, and starring James Franco. It contains some disturbing violence, notably a broken leg that turns gangrenous and must be sawed off (a little blood is shown). And of course, death is at the center of the story. There's also a disturbing scene in which an abortion doctor has sex with a patient as "payment" for her services. A fully naked man is shown for a second or two, and there's another, gentler sex scene. Language is light, and includes "son of a bitch." There's one scene of drinking, but mainly as a painkiller during the broken leg sequence. High school students struggling with the book may not find much help here, but older, hardcore Faulkner fans may appreciate it.

A man is shown full-frontally naked for just a second or two (not James Franco). A woman is seen having sex in the tall grass, with nothing sensitive shown.

A character breaks his leg, and a doctor tries to set the bone while he screams in pain. Later, the leg is shown to be gangrenous and a doctor begins to saw it off. Some blood is shown. The matriarch of the family dies, although she continues to "narrate" the story. The family escapes from a barn fire; one man tries to rescue the coffin and catches on fire himself. A character is arrested, and two men jump on him and wrestle him into submission. Also, the family argues a great deal. In a disturbing scene, a doctor has intercourse with a woman in "payment" for an abortion; we see some rough thrusting, but no nudity.

The story's main concern is the interaction between family members surrounding the death and burial of mother and wife Addie. Many of them have their own opinions of how things should go, and some of them try to act on these opinions, while others disagree. The ending is ambiguous as to just how much the family will be able to stick together after their trials and tribulations.

A character is given whisky to drink as a painkiller before a doctor sets his broken leg. The doctor also takes a swig.