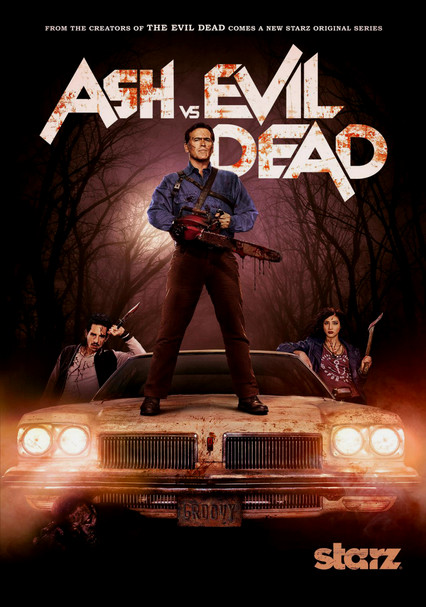 2015 TV-MA 3 seasons
Building on the horrific supernatural events of director Sam Raimi's "The Evil Dead" films, this series sequel stars the aging demon hunter Ash, whose dissipated life is interrupted by a new Deadite plague that only he can overcome.

Working as a stock boy decades after his gruesome but ultimately victorious battle against the Evil Dead, chainsaw master Ash must step out of the shadows once again to save humanity from a fresh plague released by the Deadites.

While still struggling to come to terms with his past, Ash takes up his battle against the Deadites in his hometown of Elk Grove, where he must form an alliance with longtime foe Ruby. Lee Majors joins the cast as Ash's dad.

This season, Ash must handle a different kind of challenge when he meets the daughter he never knew he had, Brandy Barr. Meanwhile, Kelly is working in Detroit as a butt-kicking bouncer.