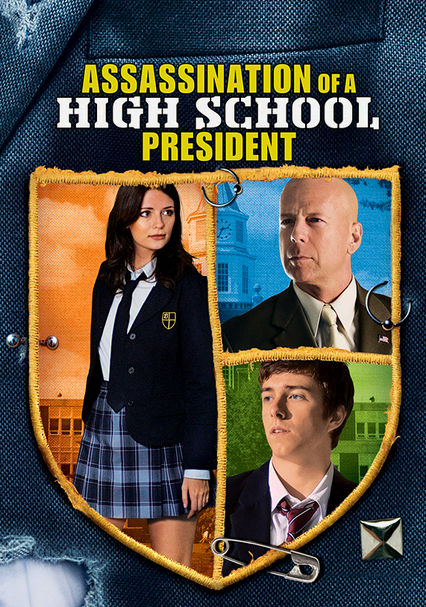 2008 R 1h 33m DVD
While investigating the theft of his Catholic high school's SAT exams, geeky sophomore reporter Bobby Funke uncovers a complex conspiracy. But will anyone believe him when he points the finger at the school president?

Parents need to know that despite the high school setting, this movie is not appropriate for kids. Teens who have followed Mischa Barton's career might be interested, but the extreme language ("Do you still eat your mom's dirty tampons?"), alcohol and drug abuse, and overall sense of darkness make this sleek movie inappropriate for young viewers.

Lots of innuendo. One teen is passed out on the couch and her boyfriend says: "I'll let you play with her t-ts for twenty bucks." Teens shown having sex in a car. A female character's chest is exposed in a bathtub scene. Incest among siblings is a theme mentioned.

Some punching, a fake assassination attempt, teenage boy harassment. Most of the abuse is of the verbal variety.

Extremely graphic language used by teens. Every four-letter word (from a to z, really) and some very graphic language pertaining to girls who are promiscuous. Even the Principal of the school says extremely inappropriate things to his students.

Even though the hero is trying to bust a corruption ring at St. Donovan's High School, the corruption is pervasive. From cheating to harassment of fellow students (both male and female) to threats from the principal himself, no one is safe here. And the themes of drug running and incest are huge red flags.

Pepsi and Doublemint gum shown. A litany of prescription drugs are mentioned-- particularly those used to help kids concentrate in school.

Kids play beer pong to the extent of passing out. One girl gets so drunk that she wets her pants while she's passed out. Characters smoke a joint and talk about how it tastes. Even the "smart" kids are hooked on prescription drugs.