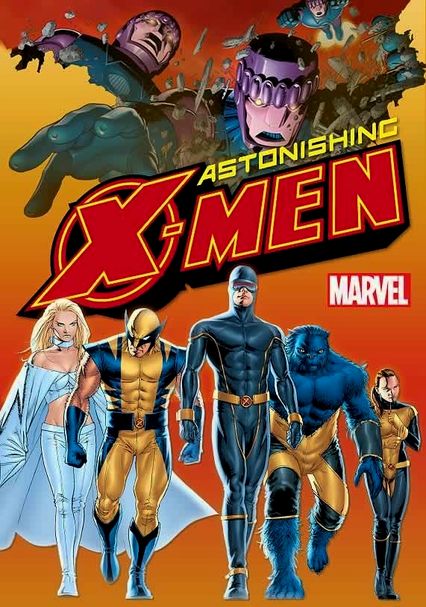 2009 NR 1 season
Writer Joss Whedon brings a 21st century vision of the X-Men to this motion comic series. Cyclops and Emma Frost plan to reform the X-Men's purpose is derailed when a "cure" for mutants is discovered, and ferocious enemies test them to their limits.

From Joss Whedon and John Cassaday comes a new vision of the X-Men, propelling the often-conflicted, mutant superheroes into the 21st century. This animated feature brings the comic books alive with stunning graphics and dynamic voice actors.

Parents need to know that Astonishing X-Men is a motion comic, which is something halfway between reading a comic book and watching an animated cartoon; there's lots of detail, but little movement. The short episodes contain superhero battles, with some realistic and fantasy weapons; the tone is a bit more serious and dramatic than you might expect, with a bit more at stake. Expect some mild language, like "damn" and "hell"; some characters are in romantic relationships, complete with lovers' spats. Female characters wear skimpy, sexy outfits, and there's some brief innuendo. Written by Joss Whedon (of Buffy the Vampire Slayer), the show could appeal to a wide range of genre fans.

Kitty and Colossus have a lover's spat, and female heroes are shown wearing skimpy costumes. There's also some brief sexual innuendo, such as references to a "Hilton girl" "dancing topless" or a reference to "tongue kissing."

Medium-level fantasy violence, mostly superheroes and monsters fighting one another with super powers and imaginary weapons. But the fighting feels intense and serious, as if something heavy were at stake. (Teeth are shown being punched out, etc.) In one story, a character commits suicide, and pools of blood are shown; later he's resurrected as a scary zombie/puppet, moving about while twisted and broken. There's some other somewhat scary imagery as well.

Language includes "damn" and "hell," as well as words like "bugger," "geek," and "stupid."

Characters must make difficult decisions that could put others in danger, which makes the right/wrong scale a little fuzzy. But teamwork, responsibility, and accepting differences are also themes.

The X-Men is a major brand with merchandise, comics, theatrical movies, and more. One off-hand reference to LEGO.

Not an issue, except that Wolverine -- in a voiceover -- says how much he likes beer.