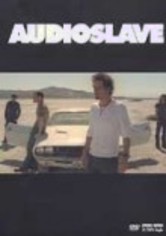 2003 NR 0h 30m DVD
Check out the early videos and performance footage of Audioslave, a zesty rock concoction composed of ex-Soundgarden front man Chris Cornell and key members of Rage Against the Machine. The band rocks the videos for "Show Me How to Live," "Cochise" and "Like a Stone," as well as a live performance on the "Late Show with David Letterman" in November 2002. Also included is rare behind-the-scenes footage of the bandmates.