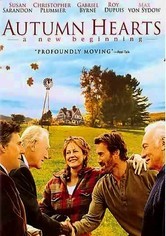 2007 PG-13 1h 39m DVD
Susan Sarandon, Gabriel Byrne, Christopher Plummer and Max von Sydow star in this powerful drama about a group of friends who reunite 35 years after their release from a Nazi internment camp during World War II. Based on the gripping novel from author Matt Cohen, director Paolo Barzman's stirring adaptation explores the immutable bond the survivors share and the unmistakable impact it has on their relationships with those around them.