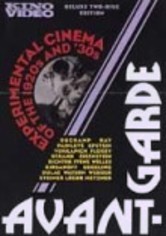 1921 NR 2 discs
Throughout the late 20th century, as a connoisseur and collector of experimental films, Raymond Rohauer helped preserve and promote avant-garde cinema. This program assembles some of the most influential and eclectic shorts in the Rohauer collection. Included are works by Man Ray, Hans Richter, Marcel Duchamp, Watson and Weber, Fernand Leger, Joris Ivens, Dimitri Kirsanoff, Jean Epstein and Orson Welles.