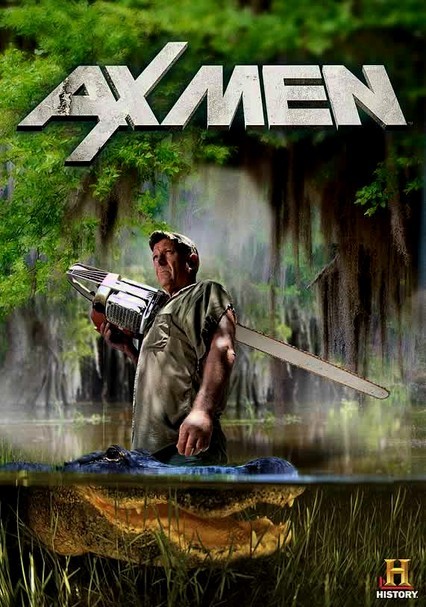 2008 TV-14 3 seasons
This documentary series follows a group of hardworking loggers who use both old and new technology -- along with a considerable amount of muscle -- to harvest one of the world's most vital natural resources.

Welcome to the Pacific Northwest's forests, where grizzled loggers still risk life and limb to harvest timber. This intriguing show's debut season follows the fortunes of several logging crews as they deal with bad weather and equipment failures.

Season 2 of this reality series about the logging business adds three new crews to the mix, including a team that uses a chopper to lift timbers from otherwise inaccessible areas. Another crew makes money recovering old-growth logs from riverbeds.

The powerful, hard-working loggers of the Pacific Northwest are back for a third season in this riveting exposé of their dangerous livelihood, which finds them competing to harvest the most timber as they combat the treacherous elements.

Parents need to know that this reality series -- which follows four Pacific Northwest logging crews as they risk life and limb to cut timber in remote mountain areas -- highlights the dangers associated with logging (including some of the wounds sustained on the job, like one man's severed fingers). Loggers are occasionally shown getting hurt, and although no blood or graphic images are actually visible, some of these intense moments may be scary to young viewers. Perhaps not surprisingly given the stressful nature of the loggers' lifestyle, there's also a fair amount of strong language ("ass" and "damn"; words like "bitch" and "f--k" are bleeped out).

Logging is presented as a dangerous business. Loggers handle axes, chain saws, and other cutting tools that can result in loss of limbs. Loggers are shown getting injured, though no blood is seen. One featured logger has a prosthetic hand due to an accident. Loggers are constantly dodging falling timber. Occasional arguments between the loggers.

Frequent use of words like "stupid" and "idiot." Other audible language includes "damn" and "hell." Words like "bitch" and "f--k" are bleeped out.

The logging business relies on teamwork to be successful. Most of the loggers seem proud of what they do. The dollar value of the wood they harvest is constantly discussed. All the loggers featured are Caucasian men.

The four featured logging companies are frequently mentioned by name.

One logger refers to himself and his team as "winos."