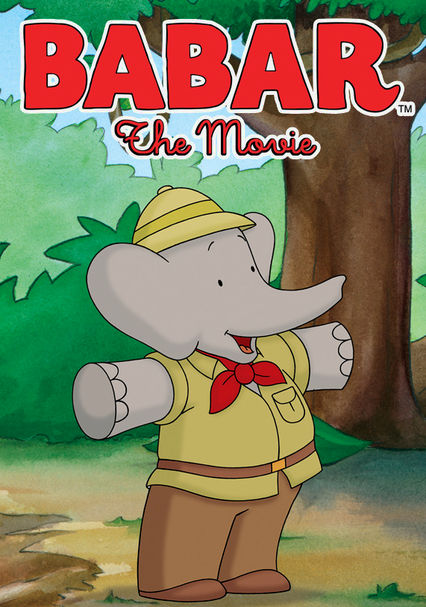 1989 G 1h 19m DVD
The lovable pachyderm who stars in Jean de Brunhoff's charming children's books makes the leap from page to film in this animated adventure. With Celeste and the always-humorous monkey, Zephir, by his side, Babar is ready to take on Rataxes, a rhino who's taken charge of Babar's beloved Elephantland. Who will prevail?

Parents need to know that Babar: The Movie is a highly entertaining animated adventure with positive messages and fun musical numbers, but with one major scene of troubling violence and peril up front. An elephant village is raided and torched, with multiple instances of elephant mothers and children forcibly separated and in distress, and some elephant/rhino fighting. That issue aside, the movie is a funny and sweet tale of friendship and adventure suitable for any age.

A relatively brief, but pivotal scene early in the film packed with bloodless violence and high peril: A village burns and elephants run from the flames in distress. Gruff, menacing rhinos wield torches, enslave elephants. Multiple mother elephants are separated from their children, with kids shown crying alone. Babar fights with a few rhinos, and is knocked to the ground a few times. Cousin Celeste is thrown into a well. Elsewhere, a minor scene shows elephants restrained in ropes and chains, being whipped, and there are a few other minor instances of jungle-related fright: a lion baring fangs, a dustup ensues with a mean alligator.

The film espouses messages of loyalty, doing the right thing, resolving conflict without violence, treating others with fairness, and paying back kindness with good deeds.

Babar: The Movie fits within a long line of Babar vehicles, beginning with the initial French book series, and extending to television and film that have produced products such as stuffed animals, clothing, and other character-related merchandise.