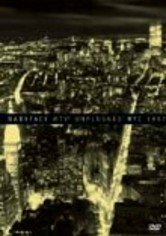 1997 NR 0h 58m DVD
Multitalented singer, songwriter and producer Kenneth "Babyface" Edmonds is not only a multiple Grammy Award winner, but he's also the creative mind behind countless pop hits. The artist and his music are captured here, as he performs with such legends as Stevie Wonder and Eric Clapton. He also plays his hits "Whip Appeal," "I'll Make Love to You," "Change the World" (with Clapton), "Breathe Again" (with R&B star Shanice Wilson) and many more.