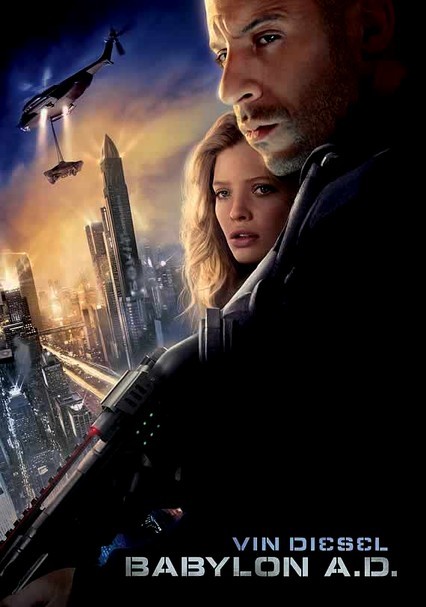 2008 UR 1h 41m Blu-ray / DVD
Hard-boiled mercenary Toorop accepts a risky mission to escort a virus-carrying woman and her guardian nun from Russia to China. But Toorop gets far more than he bargained for when a mysterious religious cult stops at nothing to kidnap his charge.

Parents need to know that this sci-fi action movie takes place in a bleak, ruined dystopian future. It's quite violent, with explosions, shootings, strangling, and more. There's also extensive discussion of nuclear attacks, genetic engineering, and refugee movements, as well as religious themes and imagery. Several characters are kept alive by high-tech machinery, and some scenes of surgery and medical processes are quite intense. Also expect swearing ("s--t," one use of "f--k"), product placement, and some drinking and smoking.

Brief glimpses of scantily clad women; a moment of sexual tension between a shirtless man and a woman.

Several dystopian elements are involved in the plot -- nuclear attack, ecological catastrophe, biological warfare, genetic engineering, and more. The villains are in a quasi-religious cult. The lead character is given to nihilistic pronouncements like "there's no mercy for the weak."