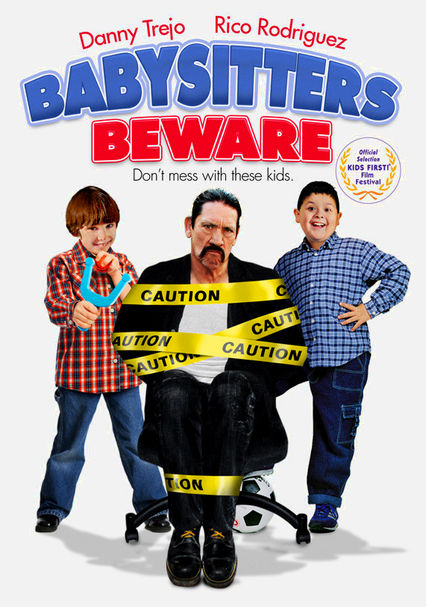 2009 PG 1h 10m DVD
Danny Parker (Trenton Rogers) is sick of being stuck with baby-sitters while his mom and dad, Wendy (Kate Orsini) and Jim (Chris Cleveland), go off to meetings, so when he finds out about the "no-sit" list of kids no one wants to look after, he's determined to join. In this family comedy, Parker doesn't have a bad bone in him, but with tips from his pal, Marco (Rico Rodriguez), and lots of practice, the model son turns into a perfect terror.

Parents need to know that this slapstick kid comedy about a well-behaved boy trying to get his parents' attention is very silly, but still fun. Some parents may find it too silly, and some of the mischievous ideas shown in the film may not be the best seeds planted in impressionable young class clowns. There is also some bullying and name calling, like "porker" and "pipsqueak." Nonetheless, it's a mildly entertaining low-budget film that could inspire lively debate between parents and kids about priorities, right and wrong, and consequences for your actions.

Lots of slapstick pratfalls in this one. A bully gets hit in the head with a baseball. To scare off a babysitter, Danny pretends that his hand is cut off. He shoots hot sauce at another babysitter who is "crazy glued" to a kitchen counter.

While choosing sides for a baseball game, a bully goes from one child to the next, calling them names like "mouthbreather," "special ed," "pipsqueak," and "porker." He also calls the players "sucky." Early in the film, the Janelle the babysitter tells Danny, "You almost scared the poop out of me." A later babysitter says, "snot-nosed little turd."

Parents should spend more quality time with their kids and kids shouldn't act out to get attention. There are consequences for your actions.

During a video chat, Danny's best friend Marco tells Danny that he is playing Wii Sports and is shown waving the controller around. Marco later invites Danny to play "Legend of Zelda."