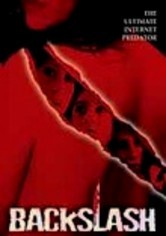 2005 NR 1h 28m DVD
A stalker is killing the stars of a student's slasher film -- the same girls featured on the student's "Hottest Girls on Campus" Web site. Freshmen Martha (Gretchen Akers) and Amie (Laura Bruner) become the psycho's next targets as they're unknowingly put at the center of a twisted online reality show. But the killer's not expecting the duo to turn the tables and fight back. Writer-director Kevin Campbell co-stars as the mysterious slasher.