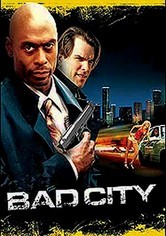 2006 R 1h 37m DVD
Lance Reddick and Mike McGlone star in this ensemble drama about big-city cops on the take whose private side business is made public when a mobster's moll is murdered. In no time, their concerns balloon from being kicked off the force for corruption to staying alive, a colossal mess that sees a host of other characters -- including a Russian maid and a politico, for starters -- being roped into the whole fiasco.