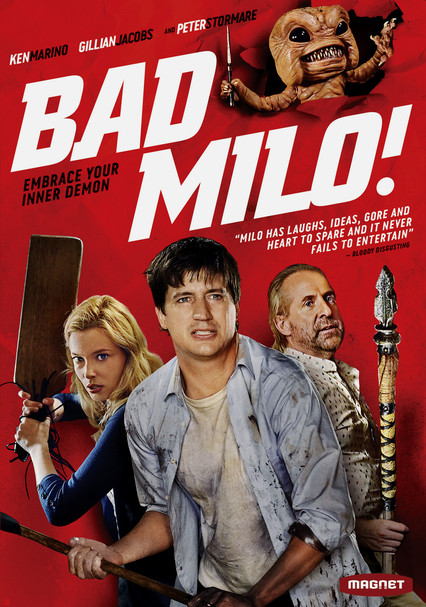 2013 R 1h 25m DVD
A young married man with a boss from hell and a difficult mother has so much stress that a horrible creature has grown inside his digestive tract -- and pops out now and then to kill whoever's causing him problems.