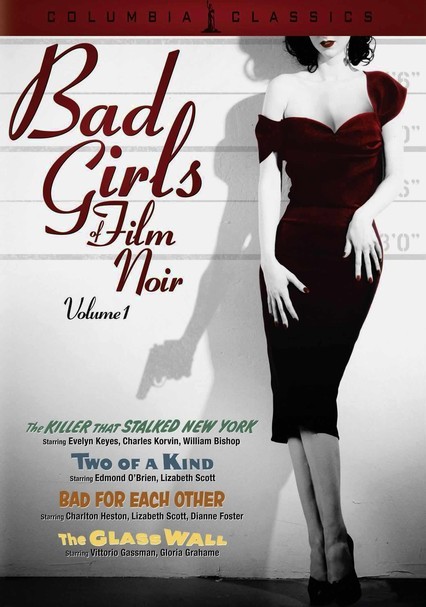 1953 NR 2h 42m DVD
Charlton Heston stars as a doctor torn between his high-society benefactress and his working-class roots in Bad for Each Other, and Vittorio Gassman stars as a European refugee on the run to prove he qualifies for U.S. citizenship in The Glass Wall. Irving Rapper and Maxwell Shane, respectively, direct the films in this old-school double feature, which also stars Lizabeth Scott, Dianne Foster, Jerry Paris, Gloria Grahame and Richard Reeves.