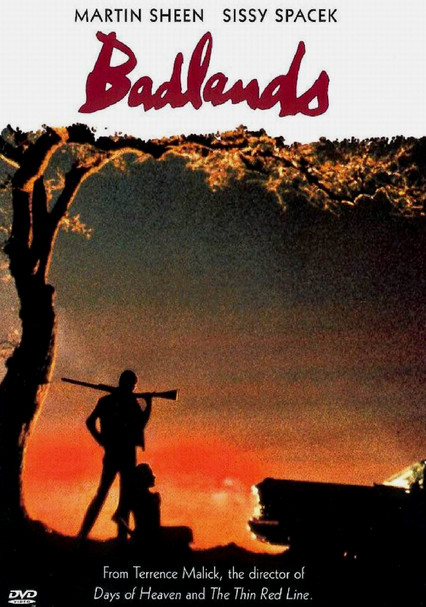 1973 PG 1h 35m Blu-ray / DVD
Young garbageman Kit Carruthers (Martin Sheen) and his girlfriend, Holly (Sissy Spacek), kill Holly's father in South Dakota and hit the road on the run from the law. Writer-director Terrence Malick's script (for his feature film debut), based on real murders committed by a couple in 1958, does not judge its characters as they make their way to the Badlands of Montana, leaving a trail of senseless and random murders in their wake.