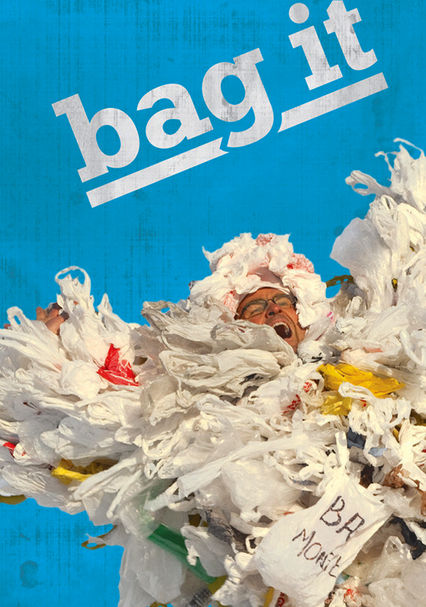 2010 NR 1h 19m DVD
With a humorous tone, Suzan Beraza's documentary follows average guy Jeb Berrier as he embarks on a personal quest to figure out where plastic bags come from, why they're so ubiquitous and where they end up after they're thrown away.

Parents need to know that Bag It! is an entertaining and informative documentary about the mountains of trash humans create and dispose of in the U.S. today. A few scenes showing the disastrous effects of the pollution of our oceans on its wildlife (specifically, the albatross) may be unsettling for younger or more sensitive kids. In describing effecs of some toxins, the words "penis" and "sperm" are used. A baby is delivered on-camera, carefully filmed in a hospital setting. The pain associated with childbirth is kept to a minimum and there is no nudity.

A married couple embraces when they reveal that they are expecting a baby. The film includes some moments from the baby's hospital birth, with careful angles and sounds, but clearly showing the delivery with a joyous outcome.

Some disturbing images of dead birds that have been poisoned by ingesting plastic particles found in the ocean, as well as a scene which depicts an animal autopsy (necropsy) in a laboratory.

Advocates for individual participation in efforts to have a positive impact on our planet. Promotes thoughtful awareness of environmental effects of a consumer-driven culture, specifically focusing on single-use plastic materials and toxic chemicals currently found in everyday products. Offers concrete examples of ways to dramatically lessen impact of consumerism and to reduce exposure to chemicals.

Dozens of consumer goods are identified on supermarket shelves and in the background of scenes; all are shown to be using undesirable packaging materials.