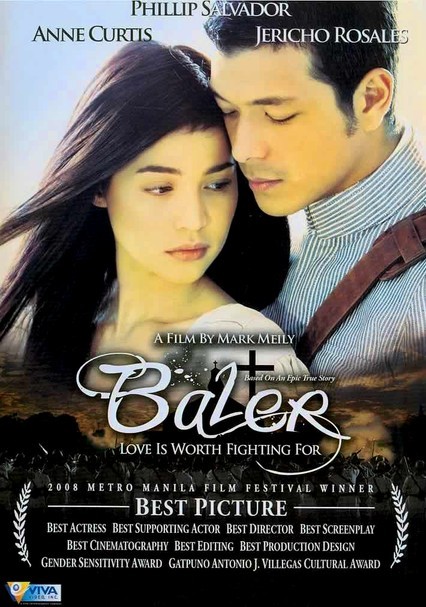 2008 NR 1h 56m DVD
The Siege of Baler, an 1898 battle that pitted patriot Filipino forces against the Spanish colonial army, provides the backdrop for this cinematic portrait of the controversial romance between a half-Spanish soldier (Jericho Rosales) and a young Filipina girl (Anne Curtis). Their story stretches across the 337 grueling days during which a small Spanish rifle battalion inside the town held out heroically against the local forces surrounding them.