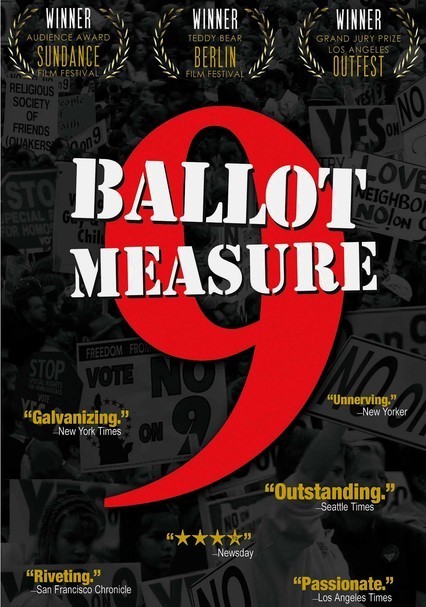 1995 NR 1h 12m DVD
Winner of the Sundance Film Festival Audience Award, this documentary chronicles the fight over Oregon's State Ballot Measure 9, an amendment put forth by the conservative group Oregon Citizen's Alliance in 1992. Intended to revoke current laws and prohibit the passing of future laws protecting homosexuals from discrimination, Measure 9 provoked an explosive battle between the gay community and conservative factions before its ultimate defeat.