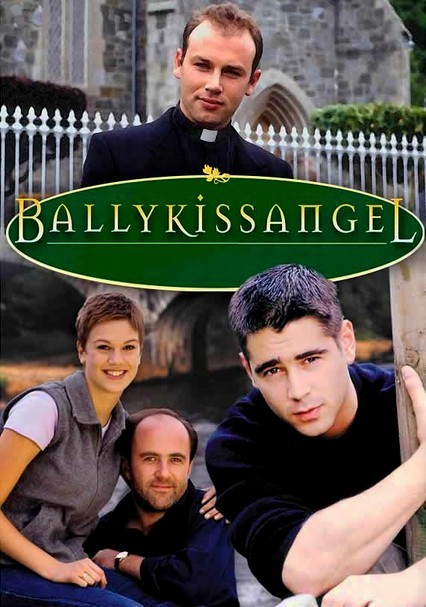 1996 NR 2 seasons
Set in the quaint village of Ballykissangel in Ireland, this quirkily comic BBC television drama adds new meaning to the term "local color" as transplanted man of the cloth Father Peter Clifford learns how to live among his peculiar new neighbors. But his errant flock doesn't seek out his wisdom solely for spiritual matters -- sometimes they just need him to weigh in on their worldly problems and curiosities.

Stephen Tompkinson returns as the youthful priest Peter Clifford, assigned to the small, picturesque Irish town of Ballykissangel. During his daily ministrations, Clifford crosses paths with some eccentric -- and very funny -- locals. In this third season of the hit British comedy, regular characters continue to pop up, and the harried Clifford attempts to resolve all their differences -- with the wisdom of a modern-day Solomon -- as best he can.

As Father Frank MacAnally (Niall Toibin) finally settles into small-town life, the denizens of the tiny Irish village continue their colorful antics, with a number of new arrivals adding to the craziness. In the fourth season, Siobhan (Deirdre Donnelly) considers a hot tub to achieve a water birth; Brian (Tony Doyle) buys a golf course; and young Danny Byrne (Colin Farrell) rides into town to stable his racehorse with his uncle (Birdy Sweeney).