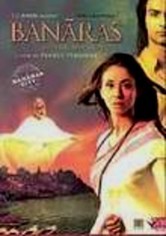 2006 NR 2h 2m DVD
Confronted by the force of social disapproval, a young woman makes a desperate choice in this probing film that digs deep into human relationships. When Shwetambari (Urmila Matondkar), a devoted college student from a rich Brahman family, falls for Soham (Ashmit Patel), a low-caste spiritualist, their romance is thwarted by local conservatives. In despair, Shwetambari faces a decision that may take her from her beloved parents and city.