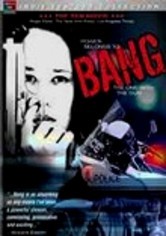 1995 NR 1h 39m DVD
A young actress (Darling Narita, in an Independent Spirit Award-nominated performance) is having a very bad day. First she's evicted, then a producer offers her a part -- if she'll sleep with him. When a corrupt cop nabs her without cause and demands a sex act to release her, it's the last straw. She grabs his gun and uniform and takes off on his motorcycle. Moving through the city in her new police persona, she finally has power on her side.