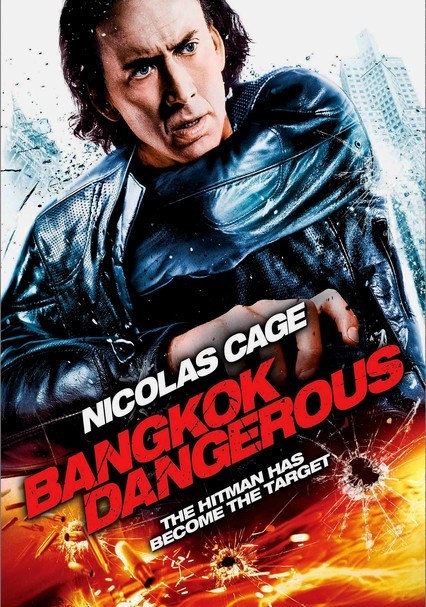 2008 R 1h 39m Blu-ray / DVD
While on assignment in Bangkok, assassin Joe falls in love with a beautiful pharmacist and finds himself questioning his violent ways. Joe refuses to complete the operation and unintentionally sparks an all-out war with his former client.

Parents need to know that this remake of a 1999 Thai thriller stars Nicolas Cage and has been targeting teen audiences -- and because of the hit man subject matter, it's likely to appeal to teen boys. Those who watch are in for a fair amount of violence, including a couple of grislier scenes of dismembered limbs. Two scenes feature a topless woman -- one during sex and another lounging. Other than those scenes, the sexuality is limited to flirting, embraces, hand-holding, and brief kisses. Nearly all of the movie's strong language (mostly "f--k" and its many derivatives) is spoken in Thai and subtitled in English. Expect some drinking and drug references, too.

Sexy Thai go-go dancers perform at a club in several scenes. A middle-aged man is shown having sex with two young women; one is topless. A couple flirts, hugs, and kisses.

Explicit violence is to be expected in an assassin thriller, but most of the violence here is on the tamer side -- until the final sequence. Joe usually kills his targets by shooting them from afar, but one is drowned and another is shot by a gun taken from his own amputated hand. There are a few beatings in addition to gun violence, and the last shoot-out involves some grislier moments of a torso-less man and a suicide/murder.

Surprisingly little cursing ... in English. Nearly all of the swear words are spoken in Thai and subtitled, including "f--k," "motherf---er," etc.

At first the assassin believes there's no "right" or "wrong" and kills whomever he's paid to eliminate. But by the end of the film, he discovers his conscience and puts his life at risk to save someone else's.

Some, but not excessive. Mercedes, cell phones, and a couple of expensive Japanese motorcycles.

Club-goers drink, as do gangsters at dinner; a cold bottle of beer is placed on a man's bruises; heroin is discussed and shown in a Ziploc bag, but it's not used.