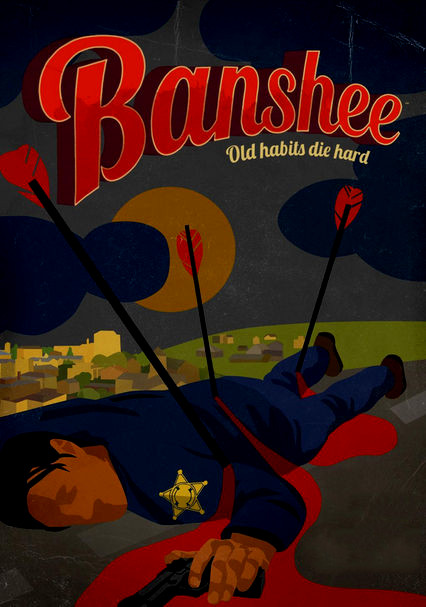 2013 TV-MA 4 seasons
Assuming the identity of a murdered small-town sheriff in Pennsylvania's Amish country, enigmatic ex-con Lucas Hood has his own agenda for justice. Meanwhile, gangsters he betrayed in the past are on the hunt for him.

Mysterious ex-con Lucas Hood arrives in Pennsylvania's Amish country and poses as a murdered small-town sheriff, pursuing his own version of justice. Meanwhile, he must deal with the town's eccentric characters and a gangster from his past.

Talented thief and con man Lucas Hood continues his fabricated life as sheriff of the small Amish town of Banshee, where he works by his own rules. At the same time, Hood's past criminal activities make him the target of some old acquaintances.

Crooked sheriff Lucas Hood becomes ever more entangled in the bitter and bloody local politics that surround the construction of Banshee's tribal casino. At the same time, Hood keeps an eye out for any more vengeful pursuers from his past.

In this season of the action-drama, Agent Veronica Dawson -- a tough-as-nails FBI profiler with personal demons -- joins forces with "lawman" Lucas Hood to help track down a serial killer.