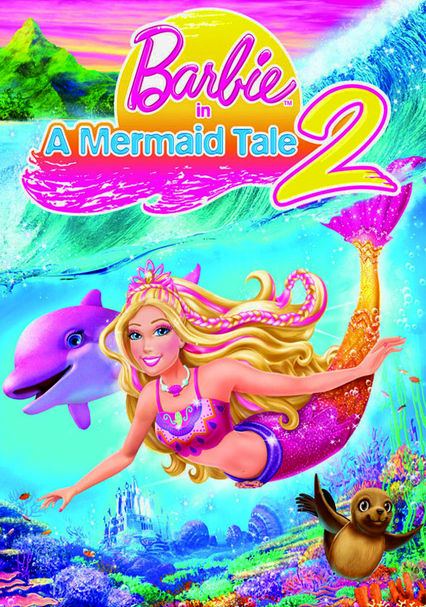 2012 NR 1h 14m DVD
Teen surfing champion and mermaid Merliah takes off for an Australian competition -- but soon she's on the tail of evil mermaid Eris. With the help of her underwater pals, Merliah must stop Eris, who's determined to become the ruler of Oceana.

Parents need to know that this Barbie tale is actually less consumerist and superficial than other installments in the ever-growing direct-to-DVD franchise. The sequel to Barbie in a Mermaid Tale features a little violence, but nothing scarier than an evil mermaid who can make others' worst "nightmares" a reality (usually a mental or emotional fear). One of Merliah's friends is a bit ditzy, but overall the characters work together to defeat the nefarious, self-obsessed villain.

The girls wear bikinis, but there's (for once) no love interests or opposite-sex flirting in the story.

There's mild violence when Eris lures Kylie to the whirlpool and traps her. The huge electric fish that follow Eris have enormous teeth and act menacingly. Eris' battle with Calissa and the mermaid ambassadors unleashes their biggest "nightmares."

Like most Barbie movies, this tale focuses on teamwork -- here, between Merliah and her surfing rival Kylie. The various mermaid ambassadors also work together against Eris' villainous pursuit to control the ocean. Merliah's friends aren't bothered by the fact she's a mermaid. Merliah is willing to help Kylie, even though she stole Merliah's magical necklace.

All Barbie videos are made with the underlying intent of creating more awareness of the newest Barbie line and selling the dolls and their accessories. However, there's less overall consumerism in this sequel than in the original, where the girls spent most of their free time shopping.