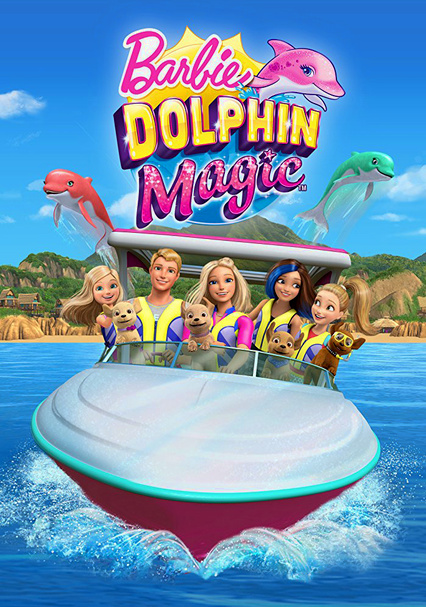 2017 NR 1h 4m DVD
Join Barbie and her sisters Skipper, Stacie and Chelsea as they go on an adventure to a tropical island where Ken is doing a marine biology internship. While snorkeling, they discover a young dolphin trapped in an enclosure - but this isn't just any dolphin, it's a beautiful bright green Gemstone Dolphin! Barbie then meets a mysterious friend named Isla, who turns out to be a magical mermaid! Soon after, the girls discover that the dolphin is being held by Marlo, the biologist Ken is interning with. Her intentions are to make money by exhibiting the dolphin for its unique traits. They must work together to free the dolphin so he can be reunited with his Gemstone Dolphin family before Marlo sends him away.