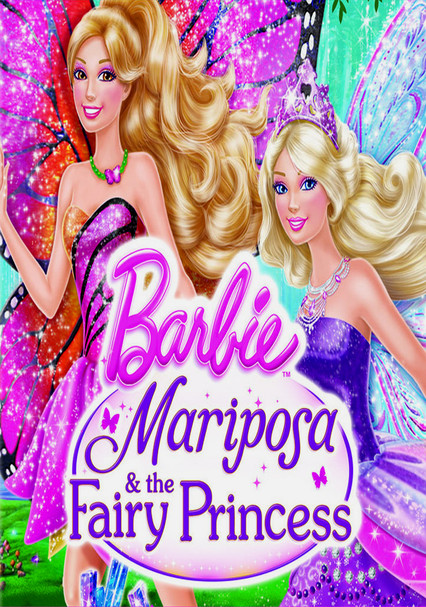 2013 NR 1h 20m DVD
Mariposa and her furry friend Zee return in Barbie Mariposa & the Fairy Princess. In this magical adventure, Mariposa® becomes the royal Ambassador of Flutterfield and is sent to bring peace between her fairy land and their rivals, the Crystal Fairies of Shimmervale.

Parents need to know that Barbie Mariposa & the Fairy Princess is the 25th direct-to-DVD Barbie movie, and like most of the films, the content is fine for almost all ages, but the marketing angle is the biggest concern. All the characters and some of the settings are available for purchase and are advertised within the DVD. There is mild peril as an angry fairy temporarily freezes fairies and destroys their energy source, but otherwise there's just humorous slapstick due to a clumsy main character. Mariposa, the Barbie fairy protagonist, is the royal librarian and a huge book lover who isn't overly concerned with fashion or looks. This story about inter-fairy relations is a kid-friendly study in cultural acceptance, friendship, and teamwork.

Prince Carlos is obviously smitten on Mariposa, so he asks her to dance at a fairy ball.

Gwyllion seeks revenge against the crystal fairies by turning all their crystal lights to stone. She freezes most of the inhabitants of Shimmervale, but they are eventually restored. Catania forgives Gwyllion, who in turn is remorseful for her actions.

There are some positive messages about not making assumptions about people or believing stereotypes about them based on their heritage.

The Barbie movies have distinct storylines, but they're all created to further the marketing of their newest line of tie-in Barbies. All of the major characters and even some of the locations and animals are available as merchandise that's sold separately but advertised through the DVD.