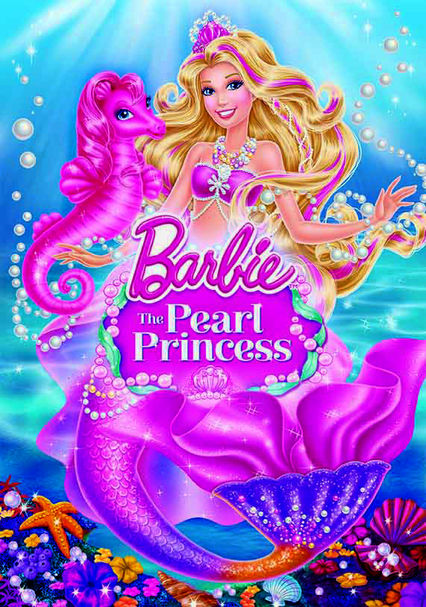 2014 NR 1h 14m DVD
Barbie stars as Lumina, a mermaid who dreams of being a princess. As long as she can remember, she's had a magical power that makes pearls dance and glow! Lumina and her best friend Kuda, a pink seahorse, embark on an adventure to a majestic mer-kingdom.

Parents need to know that Barbie the Pearl Princess is a straight-to-DVD feature film tied to a new line in the legendary doll brand. This particular movie is another undersea Barbie-as-mermaid adventure that features some mild violence (a royal captain of the guard orders someone to poison the king and later kidnaps the princess and orders his henchman to "get rid of her") and romance (flirting and dancing). Some families may not appreciate how much this story focuses on appearance, makeovers, and fashion (the main character is a gifted hair and wardrobe stylist). Although the movie has generally positive messages, the tie-in to the dolls and all the girly-girl stereotypes may not sit well with families looking for more gender-neutral role models and less merchandise-targeted entertainment.

A power-hungry royal plans to poison a king so his own son will ascend to the throne. He also orders the death of a living princess; he kidnaps her and her best friend and throws them in a dungeon.

There are some positive messages about not pretending to be someone else (figuratively or literally) and having faith in your abilities and talents.

The Barbie movies have distinct storylines, but they're all created to further the marketing of their newest line of tie-in Barbies. All of the major characters and some of the undersea locations and animals are available as merchandise that's sold separately but advertised through the DVD.