Barbra Streisand: The Television Specials: My Name Is Barbra 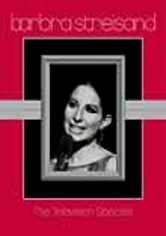 Barbra Streisand: The Television Specials: My Name Is Barbra

1965 NR 1h 0m DVD
This 1965 concert showcases songbird Barbra Streisand performing everything from her signature tunes, including "People," "Second-Hand Rose" and "Don't Rain on My Parade," to treasures such as "I've Got Plenty of Nothin'" and "Lover Come Back to Me." Filmed in black and white, the TV special -- Streisand's first -- earned five Emmys and the Peabody Award for Distinguished Achievement in Television.