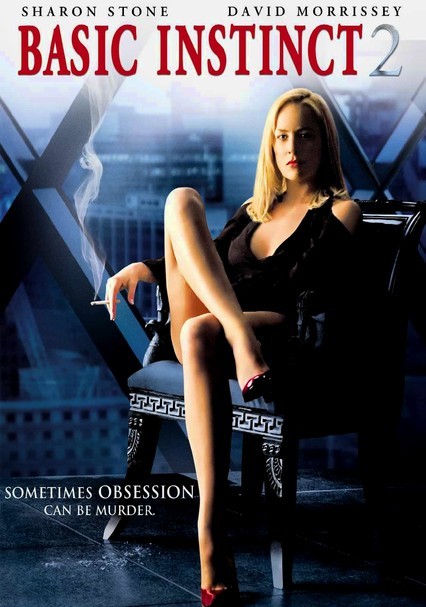 2006 UR 1h 57m Blu-ray / DVD
Charged with the murder of her fiancé, seductive novelist Catherine faces questioning from Scotland Yard-appointed psychiatrist Michael Glass, who has the training to withstand her mind games but may not possess the willpower.

Rating
UR - R - Under 17 requires accompanying parent or adult guardian. Contains some adult material. Parents are urged to learn more about the film before taking their young children with them.

Parents need to know that this movie is a hard R, with frequent sexual language and activity, nudity, violence, and profanity. Characters talk about murder and engage in violent acts (one shooting, a couple of fights, one attempted strangling). Characters talk about sex using crude language, and try to seduce one another with sultry looks and descriptions of sexual activity. Catherine wears revealing clothing. The dead bodies are gruesome (pale, frothing at the mouth from a drug overdose, neck bleeding). Characters buy drugs, Catherine smokes a joint, characters drink and smoke cigarettes.

Movie begins with masturbation in a car while driver crashes it into a river; relentless talk about sexual activity (see ""); sound of woman moaning leads viewer to think two women are having sex in a public bathroom, but it turns out to be a woman dying (her throat is cut); Catherine chokes Glass during sex in S/M scene; Catherine wears a blouse that shows her nipples; several sex scenes show naked bodies (bottoms, breasts, legs); brief references to lesbianism as taunt to Glass (nothing visible); a man is left dead/naked, hung by his bedpost (pillow is left in his lap); Catherine shows her naked breasts.

Car crashes through glass into a river and character drowns in first scene; dead bodies include naked men in bed (one hung with a strap, another with syringe in his arm), and a woman (dying when found) with her throat slit; Glass fights some men in a bar; Glass tries to strangle and drown Catherine; shooting and painful hand-to-hand struggle near the end.

Frequent use of the f-word (several times as slang for sexual activity); one use of c-word.