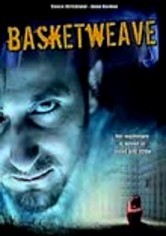 2006 NR 1h 16m DVD
After a madman named Basketweave brutally murders her parents, 10-year-old Ally Van Duren is sent to live in a mental institution, where she's forced to take experimental drugs and endures cruel treatment from a sadistic nurse. But now, more than a decade later, she's finally ready to confront her past. Vance Strickland, Anna Harden and Dana Cheshire co-star in this psychological thriller from director Christopher Forbes.