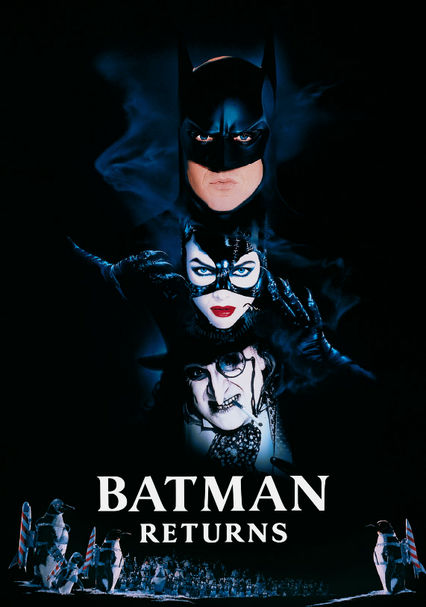 Parents need to know that this sequel to the 1989 original film is darker and more kill-happy than the previous installment. Crooks wearing giant skull-head masks run amok at a Christmas-tree lighting ceremony. Selena suffers a breakdown, during which she destroys her apartment. The Penguin threatens Schreck by producing his ex-partner's severed hand. Schreck is electrocuted, leaving a charred, pop-eyed corpse. And the movie deals with mature themes, such as death, abandonment of a child, and corruption in big business.

Batman and Catwoman have two knockdown fights, one of which ends with Catwoman straddling the Caped Crusader; the scene is played as if the two were engaging in foreplay. Later, Selena makes a joke about the "semi-hard" nature of their apologies to each other.

Lots of gunfire and carnage. Selena is pushed out a window to her death (but is reborn shortly after hitting the pavement). The Penguin shoots a henchmen at close range. Batman sets an opponent on fire. The Penguin nearly bites off a publicist's nose.

Mild obscenity and various double entendres. Most blatantly, the Penguin uses the word "pussy" to refer to Catwoman.

Batman is brave and tries to do the right thing.