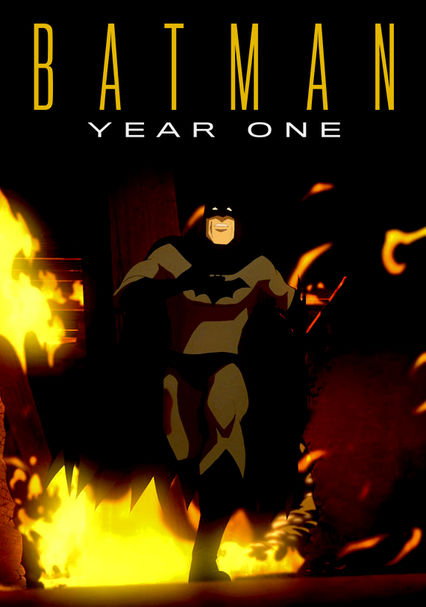 2011 PG-13 1h 4m Blu-ray / DVD
This animated movie finds Bruce Wayne as he first assumes the identity of crime fighter Batman, crossing paths with Gotham's top cop, James Gordon. When Catwoman and the mob unleash a crime spree, it's up to the caped crusader to deliver justice.

Parents need to know that this feature-length animated action movie based on Frank Miller's popular comic books is fairly violent and includes a shocking sequence in which a newborn infant is kidnapped and placed in danger. There's also the expected fighting and shooting (with some blood shown). The movie also includes some sexual content, with images of a red-light district and prostitutes, suggestions of an extramarital affair, and (in the accompanying short film) images of a strip club. The occasional strong language goes as far as "bitch" and "bastard."

More sexual content than the usual animated superhero movie. Some scenes take place in the "red-light district." It's hinted that one major character is a prostitute. A main character with a pregnant wife has an affair with another woman; kissing is shown, but sex is only suggested. Another main character lounges around in a not-quite-tied-down bathrobe, and a woman nibbles at his ear. Men make catcalls at a pretty women. In the short film that accompanies the feature, there's a long scene set in a strip club, with lots of suggested nudity.

Strong fantasy violence, including many life-altering moments (such as the one in which young Bruce Wayne's parents are murdered in front of him, prompting him to become a crime fighter). A newborn infant is kidnapped and put in mortal danger during a chase and fight. Frequent fist-fighting (with men, women, and teens) and shooting, with blood. Minor characters are killed. Cars explode, and there's a fire with a brief view of a burning victim.

Strong positive messages about justice and taking a stand against corruption and crime. Also some muddier messages about loyalty to your family and the best way to solve problems (Batman mostly uses violence).

Signs for liquor stores in the red-light district.