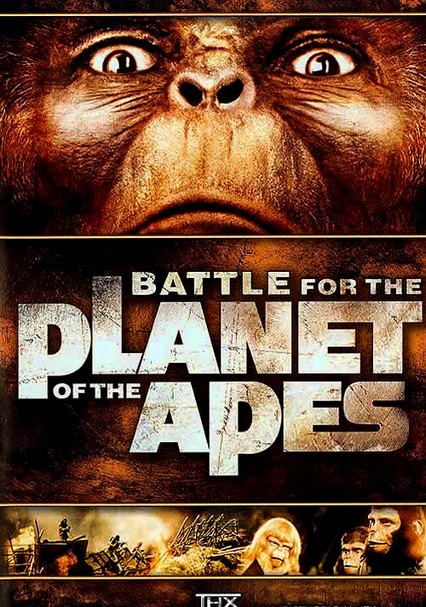 1973 G 1h 36m DVD
After the fall of humanity, Earth is run by highly evolved apes. But tensions have risen as the intelligent beasts, led by General Aldo (Claude Akins), threaten to enslave the remaining humans -- while a faction of human fighters have set their sights set on regaining the planet. The peaceful ape Caesar (Roddy McDowall) and his supporters may be the only chance of stopping a devastating war in this finale to the Planet of the Apes series.