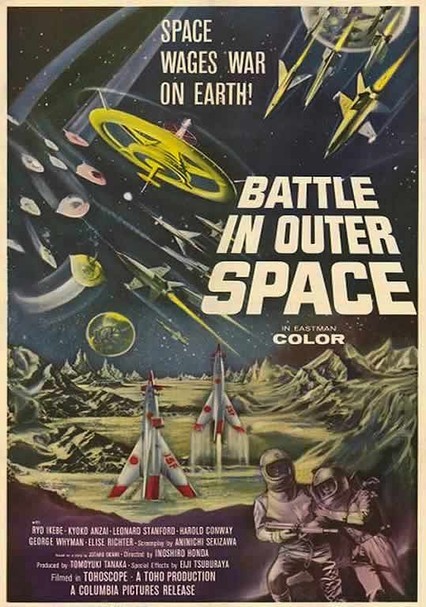 1959 NR 1h 30m DVD
When an international space station is destroyed in a mysterious attack, a team of United Nations scientists, led by professor Adachi (Koreya Senda) and Maj. Ichiro Katsumiya (Ryo Ikebe), discovers that a race of malevolent aliens are plotting to take over the planet. With the fate of mankind hanging in the balance, Earth's most powerful nations band together to defeat the sinister spacemen and ensure the future of humanity.