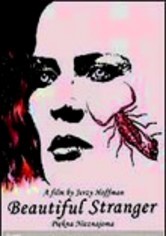 1992 NR 1h 24m DVD
After standing up to the mystic Rasputin, a Russian lieutenant is rewarded with an assignment to courier top secret documents to Stockholm -- until he falls in love with a spy known as the Beautiful Stranger (Grazyna Szapolowska). Featuring a cast of veteran Russian and Polish actors, director Jerzy Hoffman's thrilling espionage adventure is based on the novel by Aleksei Tolstoy.