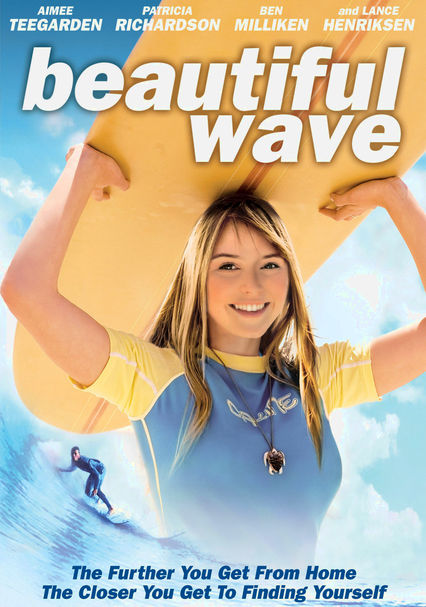 2011 PG-13 1h 36m Blu-ray / DVD
When a teenager is sent to California to spend the summer with a free-spirited grandmother she barely knows, she learns a shocking family secret. On a quest to Mexico, she discovers a link to her late father that could change her life forever.

Parents need to know that Beautiful Wave features some peril, illegal drug use, mild violence, mild profanity, and some implied sexual situations, in spite of being an overwhelming sweet, thoughtful, coming-of-age film about discovering your own identity and heritage. The premise involves a deceased father, and a recurring nightmare about drowning.

There's some implied sexual behavior when a guy asks a girl not to disturb a guy, where he's off in the van with a girl. In another scene, a guy, visibly drunk, approaches a sleeping girl with the implied intent to come on to her. Elsewhere, a guy and girl are depicted as tentative romantic interests, and later kiss briefly.

Teenagers are shot at but not harmed by poachers in Mexico. There's some menace when a group of guys surrounds a van with a girl alone in it and rock it intimidatingly, which leads to a group brawl. In another scene, two men briefly brawl. A third scene features some gore when animals are shown poached on a beach.

In one scene, a girl is called a "lesbo bitch" and in another, a character says, "f--k." Otherwise, language is mostly mild, with the occasional "dammit."

Beautiful Wave offers positive messages about seeking out one's heritage, the comfort of family, sticking by your friends, making good choices away from parents, and respecting boundaries people set, even if you don't agree with them.

There's some illegal and legal drug use with no consequences: A guy smokes a joint; later, he asks a guy to roll him a joint from a "fat sack." Later, he hides a bag of weed to escape detection from the Mexican government. In another scene, two guys are visibly drunk off tequila and brawl. Additionally, they drink freely in a crowded bar in Mexico. Drunk guys surround a van and start rocking it intimidatingly.