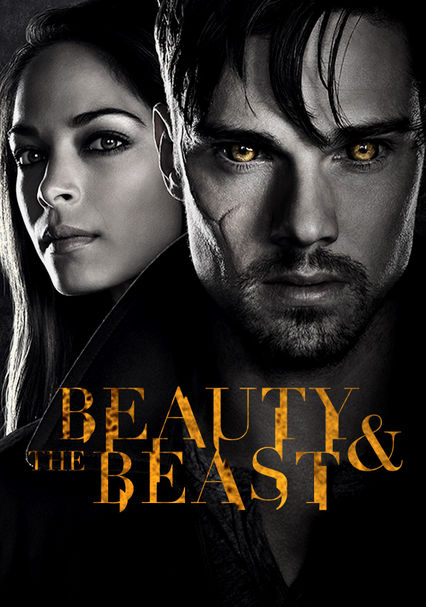 2012 NR 2 seasons
In this twist on the classic fairy tale, Catherine Chandler, a New York City homicide detective, and Vincent, a veteran turned into a beast by a military experiment gone awry, become allies after they meet by chance.

With the bond between them growing, Catherine and Vincent attempt to lead normal lives but are stymied by the shadowy organization pursuing them. Meanwhile, Vincent struggles to control his rage, and Cat reels from secrets revealed.

Parents need to know that Beauty and the Beast is a romantic police procedural that puts a modernized spin on the classic fairy tale. As in many police procedurals, dead bodies and crimes are seen on screen, plus murder, gunplay, and hand-to-hand combat, frequently involving main character Catherine "Cat" Chandler (Kristin Kreuk), who has street-fighting skills and uses them often. But almost no gore or blood is shown. Cat is frequently in jeopardy, watched and followed by both a bunch of menacing military baddies and Vincent Keller (Jay Ryan), the "Beast" of the show's title. Keller has been watching over Cat for years, which sends the iffy message that stalking is OK if it's true love. Vincent frequently also has to save Cat from danger, which undercuts Cat's supposed competence as a police officer. Characters also drink and refer jokingly to drugs and casually to sex, as when Cat's detective partner suggests she "hook up" with a suspect to get inside information. There's some mild cursing ("damn," "hell") and other coarse language ("you have a blind spot for douches," one character tells another).

Kissing on screen and some references to sex, as when Cat's detective partner suggests she "hook up" with a suspect in order to get inside information.

Lots of gunplay, and the main character's mother is shot in the face a few minutes into the pilot. Guns are frequently brandished and fired, and deaths occur on screen, but there's almost no blood and little gore. The camera sometimes lingers on the sight of dead bodies, particularly if they're those of attractive young women. Cat is experienced at hand-to-hand combat and engages in many carefully choreographed battles with bad guys. Expect graphic descriptions of death and injuries, couched in technical terms.

Language includes words like "hell" and "damn." Also some crude references, as when one character tells another, "you have a blind spot for douches."

Despite being a competent detective, Cat Chandler seems to need saving quite often by Vincent, which undercuts the show's "women are powerful" message. Vincent has been watching over Cat for years, which sends a discomfiting message that stalking is OK if it's true love.The plot hinges on a secret military plot, sending many negative messages about the armed forces.

Characters drink on screen, and scenes take place in bars. References to drugs, often connected with criminal investigations, though at one point Cat tells a friend that she doesn't mind if he smokes pot in front of her.