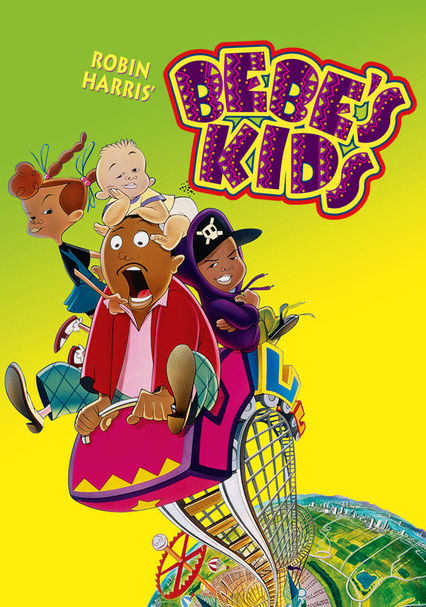 1992 PG-13 1h 12m DVD
When ladies' man Robin meets the beautiful Jamika, he falls head over heels. But on their first date, she greets him with four small surprises: her son and her girlfriend Bebe's three trouble-seeking kids, turning Robin's dream date into a nightmare.

Parents need to know that while this is a cartoon, it's not meant for young ones. Characters drink, smoke, gamble, leer at women, and lie. There's considerable cartoon-like violence, like kids falling long distances and lots of hitting, punching, and chasing with a mallet. No one gets hurt. And the mom of the out-of-control kids -- Bebe -- is never actually seen. She's working all the time.

Leon and LaShawn kiss once. Robin and Jamika kiss once.

Lots of comic, cartoonish violence, including characters falling a long distance; getting chased by a mechanical bear and with a mallet, a la Tom and Jerry; and firing cannonballs at a boat. Grownups walk the plank for not buying their kids the toy they wanted. Kids also beat each other and one tells another he's going to "beat the black right off you." No one is seriously injured.

White police and security single out the African-American children for monitoring and harassment. Kids get into Simpsons-like trouble. The adults smoke, gamble, and the men ogle women, saying things like, "she's so fine, she doesn't need to know how to type." Robin also makes lots of fat jokes. Women lie and try to undermine a new relationship. After drinking a lot, Robin gets in his car and drives away -- with kids in the car.